The 2019 NHL Draft is in the books, and it’s already easy to see some clear winners and losers from the weekend at Rogers Arena in Vancouver.

There were only a handful of player trades made, but the New Jersey Devils and Nashville Predators made the big splash in a trade that sent defenseman P.K. Subban to the Devils. The Toronto Maple Leafs also flipped Patrick Marleau’s contract and a first-round pick to the Carolina Hurricanes.

So who won and lost the weekend? Here’s a look back at the best and worst from the 2019 NHL Draft:

In less than 24 hours, the Devils added Jack Hughes and Subban to the organization. Everyone knew Hughes was coming as the top pick of the draft, but landing Subban in a trade with the Predators on Saturday gave the team a new No. 1 defenseman. 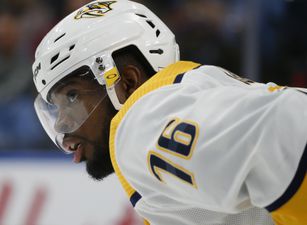 How the Devils pulled off stunning trade for P.K. Subban

On top drafting Hughes and the Subban trade, the Devils still made 10 more picks on Saturday, giving the team 11 total for the draft. They managed to stockpile even more prospects into the pipeline while also making dramatic short-term improvements to the current NHL roster. It’s tough to have a better draft weekend than that.

The Predators’ reason for trading Subban was completely justified. In today’s NHL, the salary cap dictates a lot about what a team can do, and for the Predators to afford to make other moves this offseason, while also signing captain Roman Josi to an extension next year, they needed to make room. Moving Subban’s $9 million cap hit was the easiest way to do that.

But they parted with on of their best blue liners, and while they got a handful of assets in return, Jeremy Davies and Steven Santini aren’t replacing Subban next season.

It was a giant weekend for American hockey. Hughes became the eighth player from the United States ever taken with the No. 1 pick, and things snowballed from there. Eight players from the U.S. National Team Development Program were taken in the first round, and 17 of them were drafted overall.

One of the leagues of Canada’s junior hockey circuit, the OHL regularly produces a ton of NHL talent and prospects, and when all is said and done, that will be the case again in the 2019 NHL Draft.

But this year? The top talent wasn’t out in full force. The first OHL player taken was defenseman Thomas Harley of the Mississauga Steelheads, who went 18th overall to the Dallas Stars. Four OHL players ultimately went in the first round, but it was a quiet for day for a league that regularly produces top-10 picks in drafts.

The Canes could always keep Marleau, but they will likely buy out the final year of his contract, allowing him to enter free agency (and potentially return to the San Jose Sharks). Either way, Carolina has an extra first-round pick for its troubles, and the team is still in position to make other moves this offseason.

And that’s what the Leafs did in the Marleau trade. For the second straight year in 2020, they won’t have a first-round pick (barring a bottom-10 finish in the league, which would push the pick to 2021). Now that they have the cap space, they need to get Mitch Marner’s new contract sorted out.

The Canucks made the other big trade of the day, getting forward J.T. Miller from the Tampa Bay Lightning. In another move aimed to help a team clear cap space, the Canucks got a top-six player from the Lightning. But they failed to address their need on defense, and while none of their 2019 picks would have made an NHL impact in 2019-20, the team didn’t use any of its nine selections on defensemen.

Also, the Canucks made a solid long-term investment when they drafted Russian forward Vasili Podkolzin with the 10th overall pick on Friday. He’s going to spend at least two more years in the KHL, leading to him slipping a bit in the draft, but he could end up being one of the top players to emerge from it. That anticipated two-year waiting period was known among some Canucks fans, who booed the pick in their home arena. That’s a tough way to greet a first-round pick.